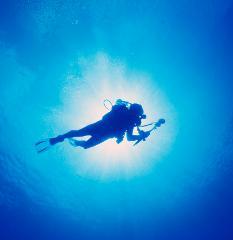 The following informations of scuba diving restrictions will be helpful for official examiner of divers and divers worldwide to assess ability and nonability of scuba diving sports.

Collected and compiled by Licenced Examiner of Divers Dr. Gregor Dietze, Ueberlingen am Bodensee, Germany this basic medical assessment is for your safety. Please be strict in your scuba diving choices and diving partners.

However these collected informations will be not complete and is no manual or instruction. Feel free to get some medical guidance an let me know if you have some other/another experiences.